Second and Third Weeks in Germany

One of my favorite parts about Munich, is that it’s a lot bigger than it seems. Venturing to new restaurants has brought me to tons of new areas. One of my favorite areas I’ve been to was this cute little italian cafe where I got a perfect espresso, and then outside the cafe was a perfect little garden with a beautiful fountain in the middle. 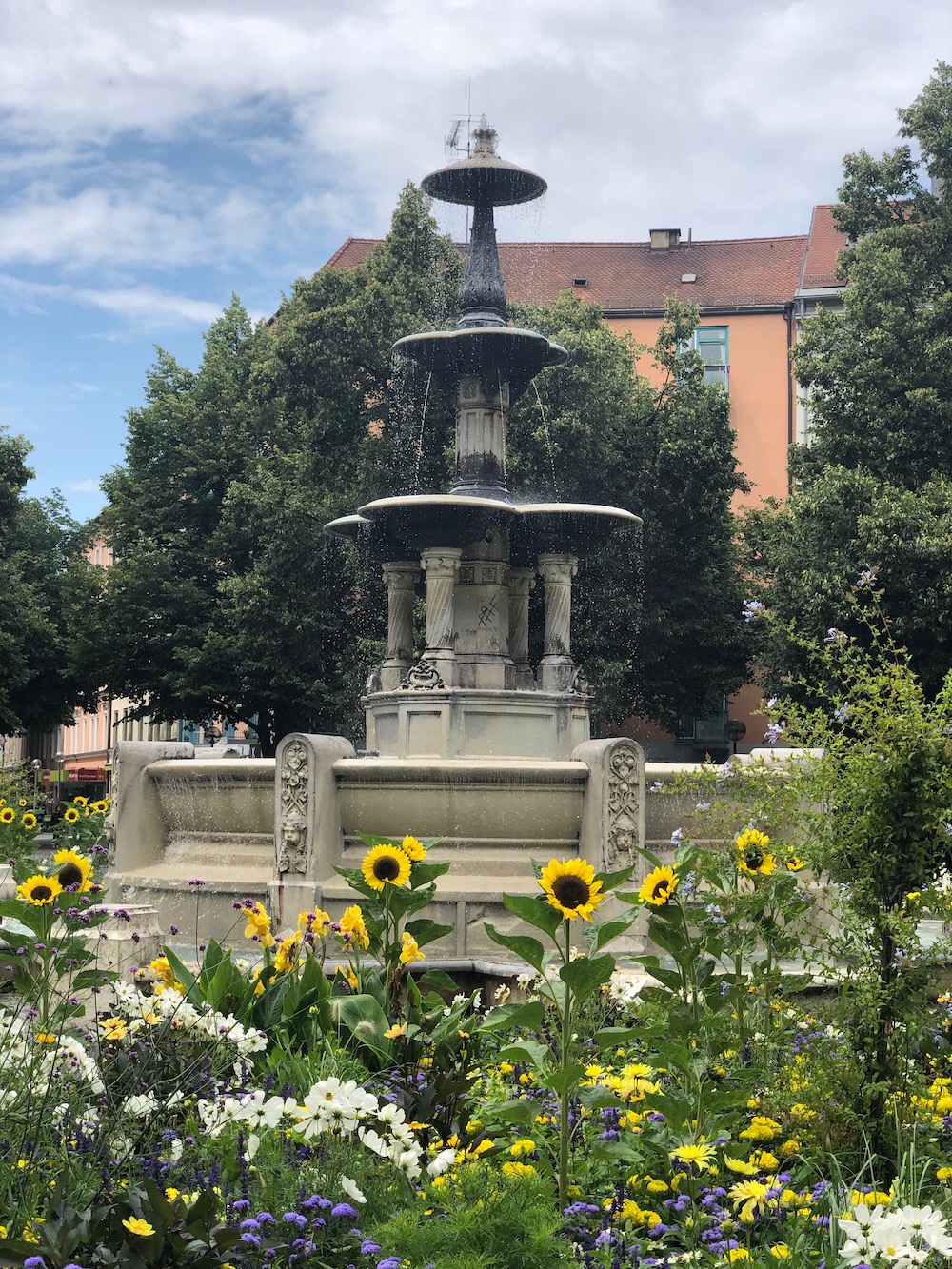 Each area has a similar feeling with some slight differences, but probably the biggest distinguishing factor is the cafés, the flowers, and the people. Some areas you’ll find are all young couples, others are all older bavarians who seem like regulars, and finally you’ll find what seems like everyone in the area.

Tollwood is a month long festival outside munich that’s filled with vendors, restaurants, live music, and dancing. Inside the festival were probably more people in one area than I had seen in the rest of the city. Even though it was packed, it was still very easy to walk around. While there, I got some indian food, crepes, german potato latkes, and more. I think just sitting down with friends and listening to music is the perfect thing to do there. There are so many booths and people that it can be overwhelming at times, but letting the world pass you by is perfect. 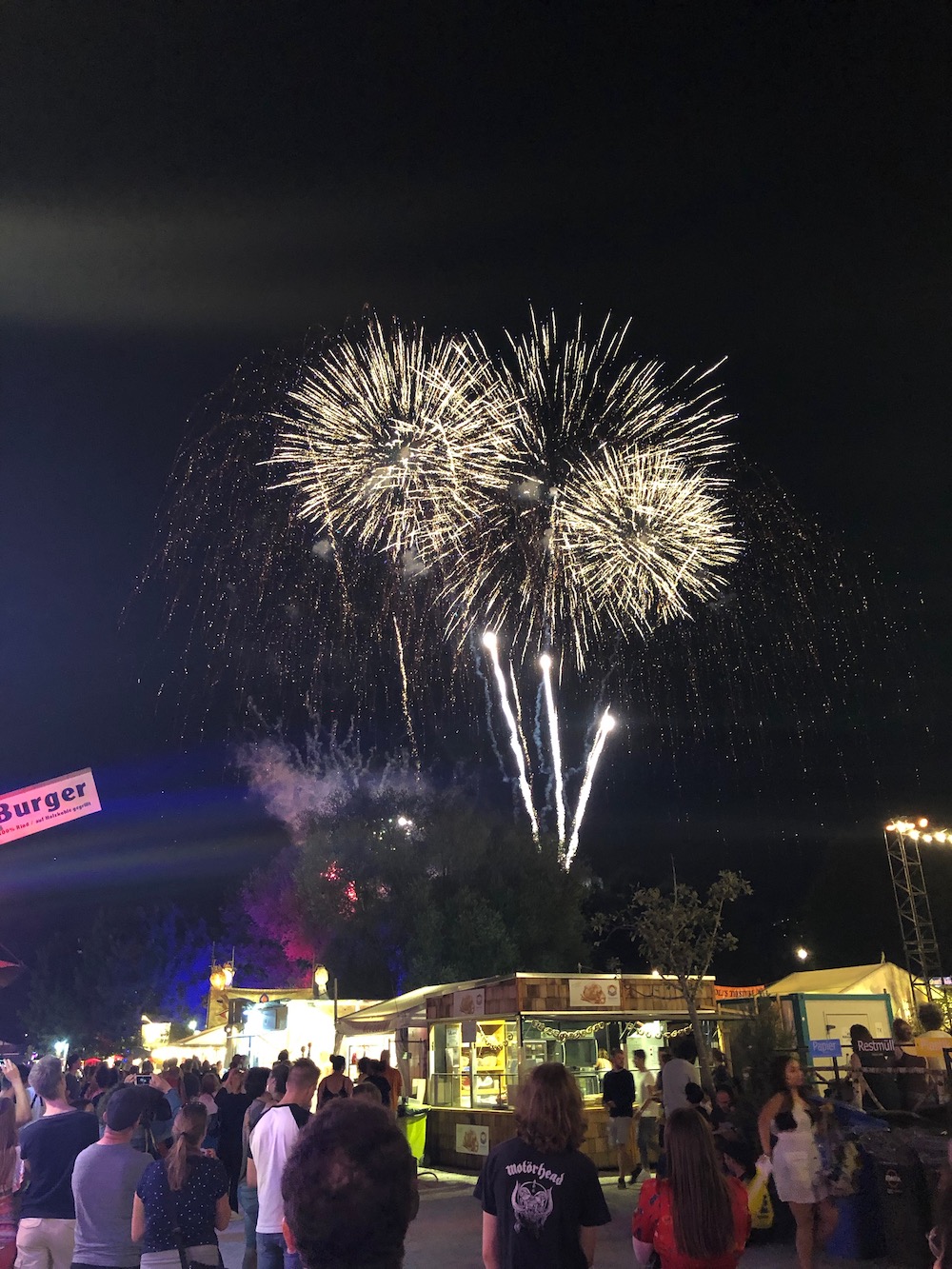 The second night we went there was the last night of the festival. To celebrate, the city put on a fireworks display. We walked through the olympic park to get there where seemingly every single person who lives in munich was picnicing. The fireworks went on for about 45 minutes, and it was really beautiful.

On Sunday, we walked through the English garden, north of the city, where we found this area called the Eisbach. The Eisbach is an offshoot of the Isar river that’s been controlled to have a constant flow and a standing wave, this makes it perfect conditions for surfers. It was mesmerizing, we stood and watched as surfer after surfer hopped on the river and went for around a minute or two, testing out different tricks and techniques. The entire process was really cool to watch because it was basically a silent democracy; there was a line and people knew when to go on, and when to stop to let others on. 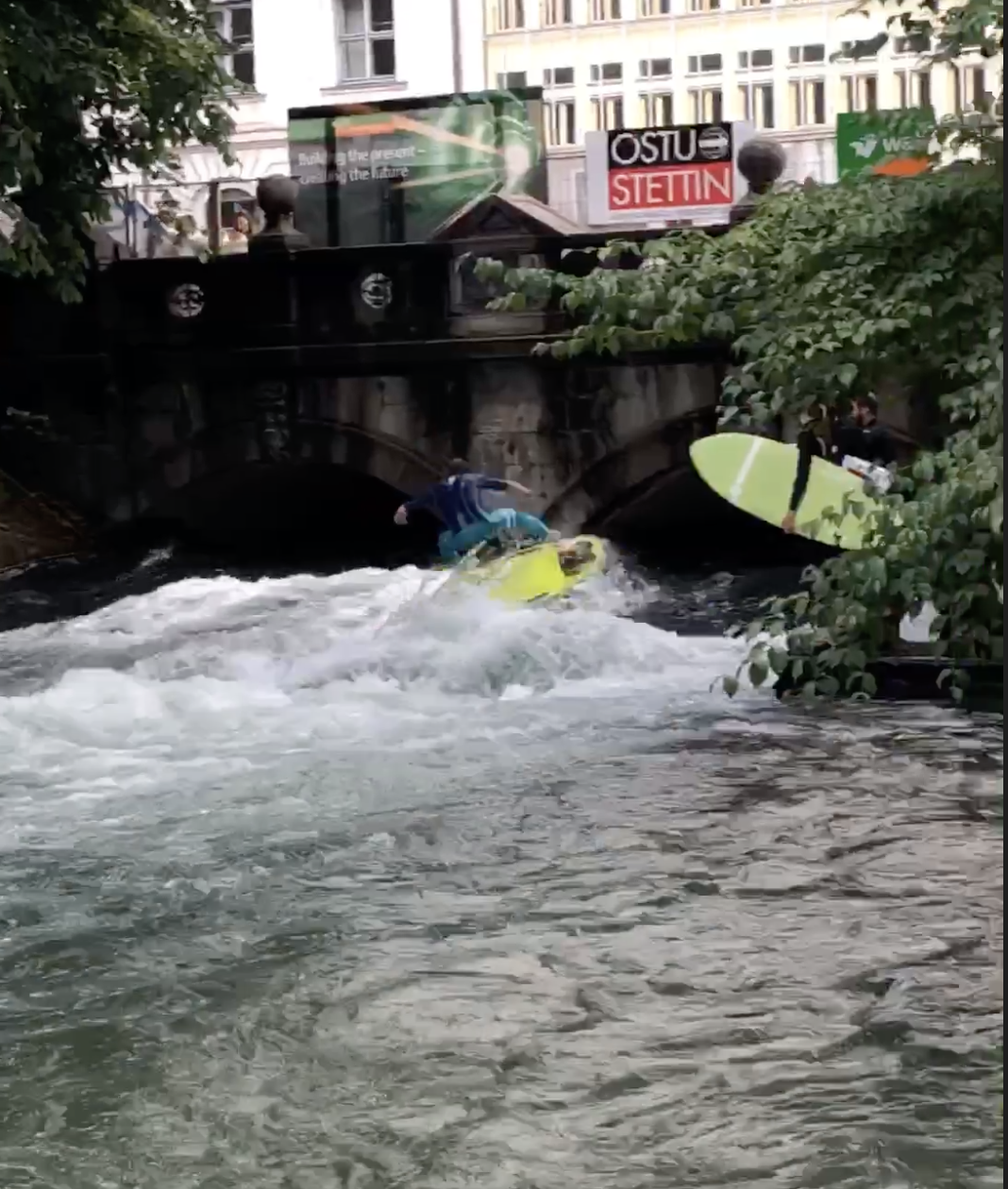 Most recently, we went to Salzburg, Austria. The city was surprisingly packed with tourists, so my friends and I tried our hardest to get away from the dense areas. This was also one of the hottest days in Austria, with the temp being around 90-95 degrees with very little shade in the city. We began over the river where we went to a knife maker, that had the most expensive knives I’ve ever seen. The base tier was around $500 for a pairing knife, with the most expensive one going up $20,000. It was absolutely nuts, that being said, they were well crafted and gorgeous. After that we took a quick hike up the fortress of salzburg, where we decided not to enter the castle because it was so packed. I’m glad we went up, though, because we got to see a beautiful panorama of the city. Once we came back down, we went to a wine bar where we spent the rest of the day drinking wine and talking about life. I got to do exactly what I had been hoping to do this whole trip: sit down with friends, relax, and let the world go by.